While we all wait for the politicians to agree on something – anything – it is time to focus on the people’s diverse preferences rather than simple majority voting. We have learned the hard way from Brexit that on some major issues simple majorities can exacerbate rather than resolve complex problems. The same may apply to a vote on Irish unification. More complex issues like the Protocol, the impasse at the Assembly and Executive and the promised referendums on potential unification require different procedures. This issue focuses on the responses to these issues in public opinion polls and citizen’s assemblies.

The responses to the impasse at Stormont make it clear that most people want changes to be made to the rules for the appointment of First Ministers to reflect the emergence of a stronger middle ground since the Good Friday Agreement was negotiated and voted on in 1998. This and the fragmentation of the simplistic ‘two communities’ mantra, strengthened in the St Andrew’s Agreement in 2007 without resort to new referendums, now requires changes to those rules. It would be best for the parties themselves to initiate this but neither the DUP nor Sinn Féin which benefit from the St Andrew’s deal seem willing to do so. The two governments would do well to initiate a more serious and wide ranging discussion with the people rather than just the parties.

The responses to the polls and citizens assemblies on potential unification also point to a need to add to the process envisaged in 1998. The prevailing view among respondents is that there should be advance formal discussion on what kind of unity might be pursued, with an emerging preference for some form of federation rather than simple absorption of Northern Ireland into the Republic. Here too the two governments are best placed to initiate a formal review of the wording of the Agreement to reflect the need for different procedures, as in preparing for the Agreement in the New Ireland Forum in 1973, the Opsahl Cirtizens Inquiry in1993, the Forum for Peace and Reconciliation in 1995 and the Northern Ireland Forum in 1996.

The overall message is that the Good Friday Agreement set in train a peace and stability process rather than one set in stone. 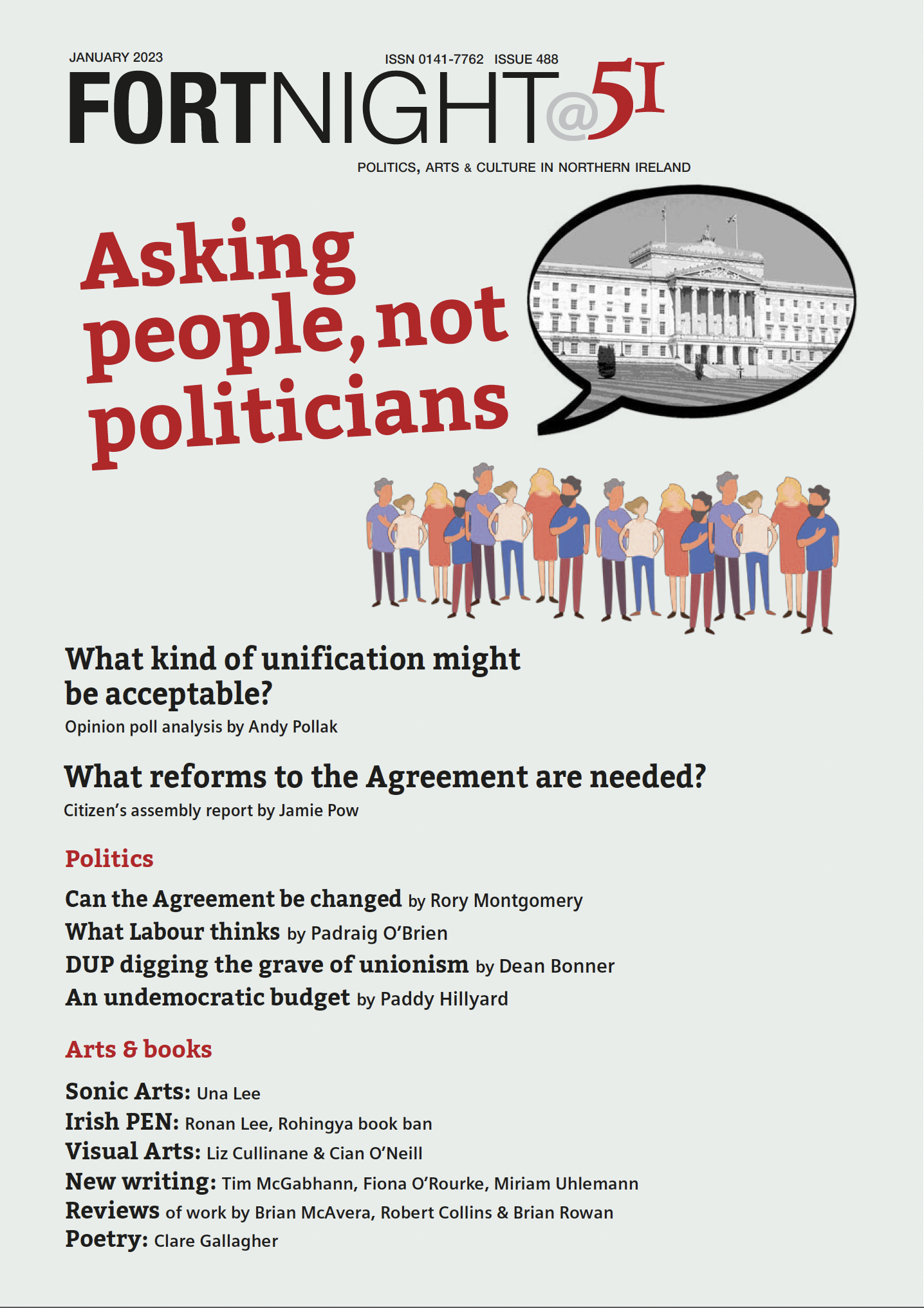