A telling but flawed census

The headlines and much of the instant commentary on the census figures have as usual focused on the sectarian headcount. There has been great excitement in some Nationalist quarters on the news that they are at last in a majority: 45.7% from a Catholic background and only 43.5% from a Protestant background; and from Unionists a corresponding denial that the figures mean anything of the sort.

This is a new statistical version of the old game of ‘telling’ which side each of us is on. The focus on which of the two communities is ‘winning’ stems from the insistence by the Equality Commission on getting as many of us as possible neatly slotted into sectarian boxes. To achieve this they continue to insist on using an algorithm to allocate those who have not answered the questions about religious background into one or other community: this time around 86.000 of us, roughly 5%, were ‘modelled’ or ‘imputed’ into one of the four prescribed categories.

In reality the more important figures are those revealing the increasing diversity of the population in terms of both likely trends into the future and our choices of personal identity.

All this is clearly important in respect of any future border poll. It may point towards a preference, if and when a vote is called, for a possible federated rather than unitary future It also emphasises the importance of establishing what is on offer before any vote is embarked on. 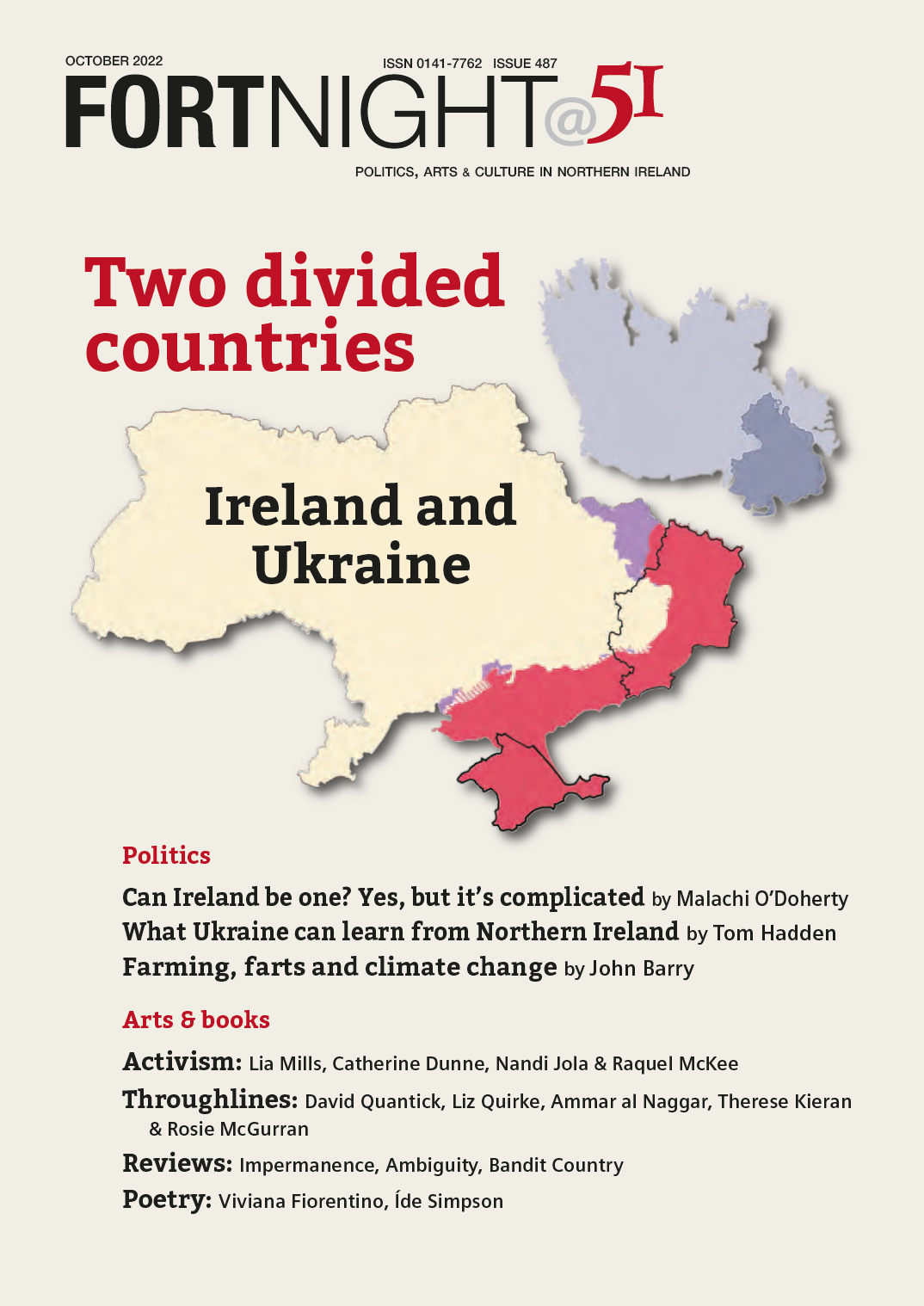 Paul Nolan SOS Help required urgently A Fortnight agenda Martyn Turner And what do you not do …? Aaron Edwards The Queen and her rebels John Barry & Rebecca Stuttard Farming, farts and political fighting Malachi O’Doherty Can Ireland be One? Tom Hadden What can Ukraine learn from Northern Ireland? Brian Lennon Time for the community sector to step forward

Catherine Regan Rapture Viviana Fiorentino You walk back Íde Simpson You and I: dancing