The Tory government under Boris Johnson has disrupted all the essential connections and relationships that underpin the Good Friday settlement.

Brexit led to the need for a border of some kind between the United Kingdom and the European Union. The hard Brexit that Boris Johnson chose to pursue, instead of one based on flexible alignment of standards and tariffs, led inevitably to the need for a Northern Ireland Protocol. The terms that Boris signed up to as a triumph have led to a hard border down the Irish Sea and continuing disruption of some supplies from Great Britain to Northern Ireland – and also opportunities for some Northern Ireland businesses to profit from their dual trading status within both the UK and the EU.

The decision of the UK government to attempt to rewrite the Protocol instead of negotiating a reasonable compromise has in its turn led to a standoff between the UK and the EU, and also to a serious deterioration in the relationship with the Irish Republic on which the North/South and Shared Island elements of the Good Friday settlement depend. It has also led to the suspension of the Executive and a general paralysis of much needed reforms in our health service and urgent action to alleviate the cost of living crisis.

This is a fine mess. In this issue we have asked some unaligned political and economic practitioners to suggest how these disruptions in trade, governance and diplomatic relations might first be alleviated and then restored to something like they were before Boris and his supporters took over. This will take time. Any changes to the principles of the Good Friday settlement – which must be carefully distinguished from the precise structures established under it – should be developed by the British and Irish governments in discussion with all those directly affected. But those structures like the long drawn out peace process that preceded them are not set in stone. The interlocking institutions must be updated to take account of emerging changes in political affiliations and aspirations and in trading relationships and practices. But as with the peace process non-negotiable principles and quick fixes are to be avoided if at all possible. 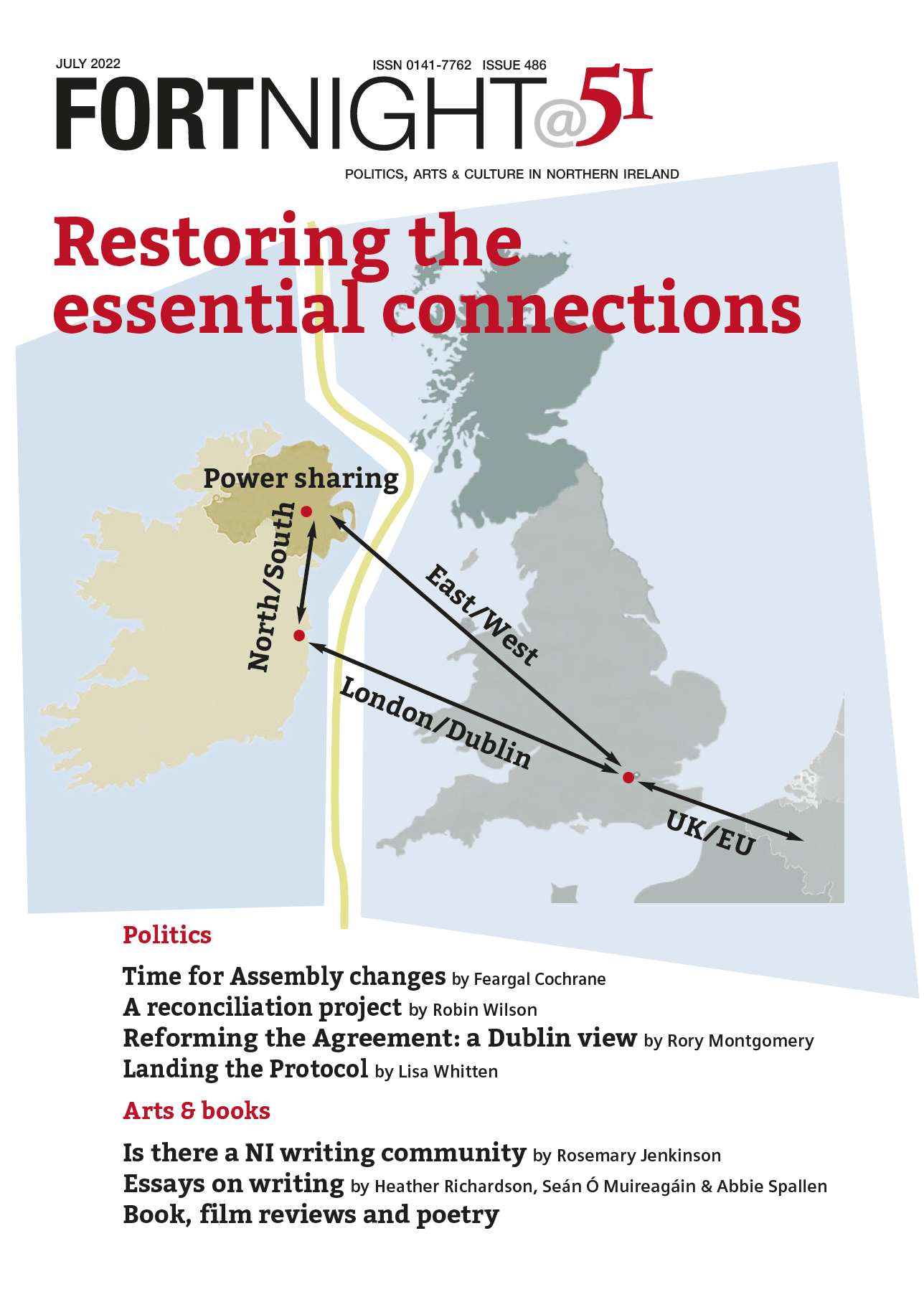 Feargal Cochrane Time for change? Robin Wilson For the next quarter century: a project of reconciliation Rory Montgomery Reforming the Agreement: A Dublin view Lisa Claire Whitten In search of a landing zone for the Protocol on Ireland/NI Malachi O’Doherty Westminster life and times for a nationalist MP Tom Hadden Truth, Amnesty and Reconciliation Aaron Edwards Unionism on the defensive Martyn Turner Coming down the tracks …