What are we voting for?

This issue focuses on two different ways of thinking about the election.

One is the party political contest for supremacy between unionism and nationalism: who wins the top jobs and whether we will actually have a working Assembly and Executive after May 5th. The contributions by Aaron Edwards, Alison Grundle and David McCann highlight the importance to many voters of the outcome on this level and in particular who gets to be First and Deputy First Minister.

The contributions by Paddy Hillyard, Ciara Fitzpatrick and Stephen Donnan Dalzell are about what the Assembly and Executive should be doing to address and alleviate the problems resulting from the cost of living crisis, the increasing levels of poverty, the delays and shortcomings in health and social care and the increasing divide between the relatively well off and those in greatest need.

It is as always disappointing to have to separate these two approaches. The Good Friday Agreement was supposed to assist in combining them. But some of its provisions have actually exacerbated the division between them and may need to be amended. That will of course take a lot of time and will not be easy to achieve.

If the outcome of the election leads to a renewed suspension of locally based decision-making and the re-imposition of Direct Rule or moves to greater Joint British/Irish Authority it is hard to see how either the British or Irish governments will be prepared to adopt and pay for the kind of financial and administrative reforms that are needed. They have their own cost of living problems and little sympathy for continuing political stalemate in such a small place as Northern Ireland. Nor is it likely that they will want to adopt a Bill of Rights here that is so much more generous than what they already have – or wish to abandon. 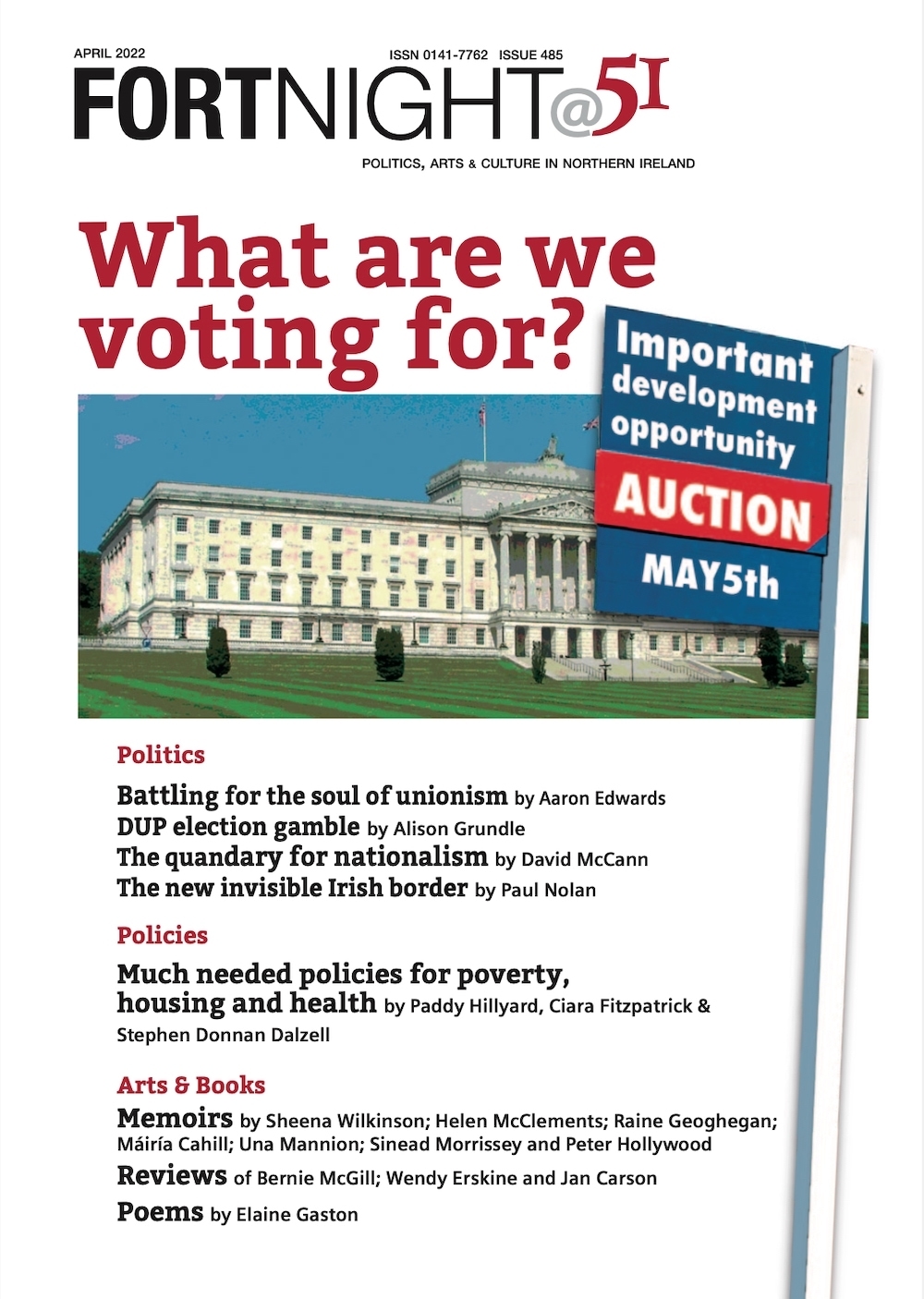