Our last issue focused on the problems resulting from the way in which the Executive is structured and controlled by the self-appointed DUP and Sinn Féin First and Deputy First Ministers. As we approach the Assembly elections scheduled for May, the focus in this issue is on the related problems stemming from the inappropriate and arguably discriminatory treatment of those who vote for other parties and especially parties whose members are designated as ‘Other’.

The current rules clearly favour parties that promote and thrive on sectarian divisions in the search to achieve the status of the largest ‘Unionist’ and ‘Nationalist’ parties and thus to maintain their dominance in the Assembly and Executive and also to threaten to withdraw and force another suspension of the whole set of institutions. And yet there have been some recent occasions on which a combination of parties in the Assembly and Executive have asserted the right of a majority of MLAs or Ministers to achieve a consensus on what is required on a more pragmatic basis.

The difficulty is that some of the rules on cross-communal voting appear to be set in stone, while others on the election of the First and Deputy First Ministers were regarded as open to major change in 2006 as a reasonable price to pay for re-establishing the institutions. One of the primary levers in this is likely to be a more flexible approach to the protection of ‘the two communities’ as it becomes clear that more voters are moving away from binary power-sharing to broader coalition building on many economic and social issues. One possibility might be to adjust the rules on cross-community voting to permit votes of ‘other’ designated parties to be counted for half each to ‘Unionist’ and ‘Nationalist’ thus making it easier to meet the requirement for cross-communal approval.

The British and Irish Governments as co-guarantors of the Agreement are in pole position on any further changes which may be needed to keep the show on the road.. There is currently a Bill at Westminster to make some minor changes promised in the joint British/Irish New Decade New Approach agreement. That is where it should be done. 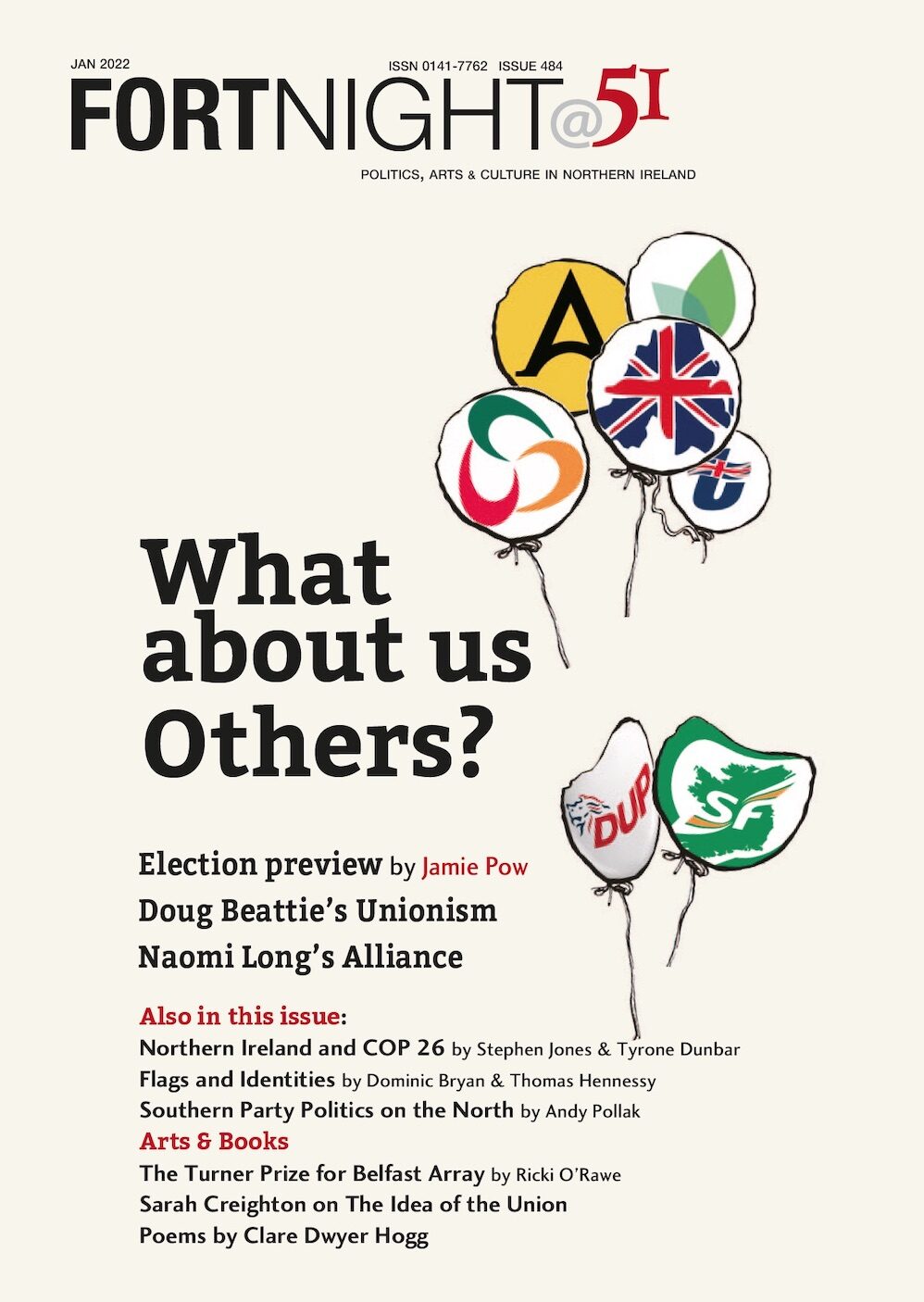 Martyn Turner The middle on the rise … Dominic Brian and Thomas Hennessey The flags commission What next? Stephen Jones Northern Ireland and Cop 26