The focus of this issue is on what needs to be done to sustain and improve the efficacy of the wide range of institutions set up under the Agreement. Alan Whysall of Pivotal argues that there is a need for more and better independent bodies to assist and monitor the work of the Executive. Mark Durkan argues that there are elements of the original Good Friday Agreement that need to be restored, notably the collective procedures for the election of the First and Deputy First Ministers rather than the DUP/Sinn Fein duopoly negotiated in the St Andrew’s amendments.

The articles by Rory Montgomery and Katy Hayward, based on their presentation at a recent Cardiff conference on the role of the European Union in peace-building, argue that there is a similar need for a new focus on the better working of the North/South and East/West Strands of the Agreement and for the involvement of civic society at all levels. This was a key element in the overall package negotiated in 1998 by the two governments with support from the European Union and the United States. A revived effort by all these external parties to work together in support of the settlement rather than pursuing their own ideological interpretations of what they consider to be he essentials of the Agreement is still necessary to smooth the current tensions within the Executive and the Assembly.

The overall lesson is that in a divided society like Northern Ireland – and in a even more disparate and conflicted state like Afghanistan as argued by Michael Semple – a collective overall strategy by external players is essential to the maintenance of internal peace and stability. 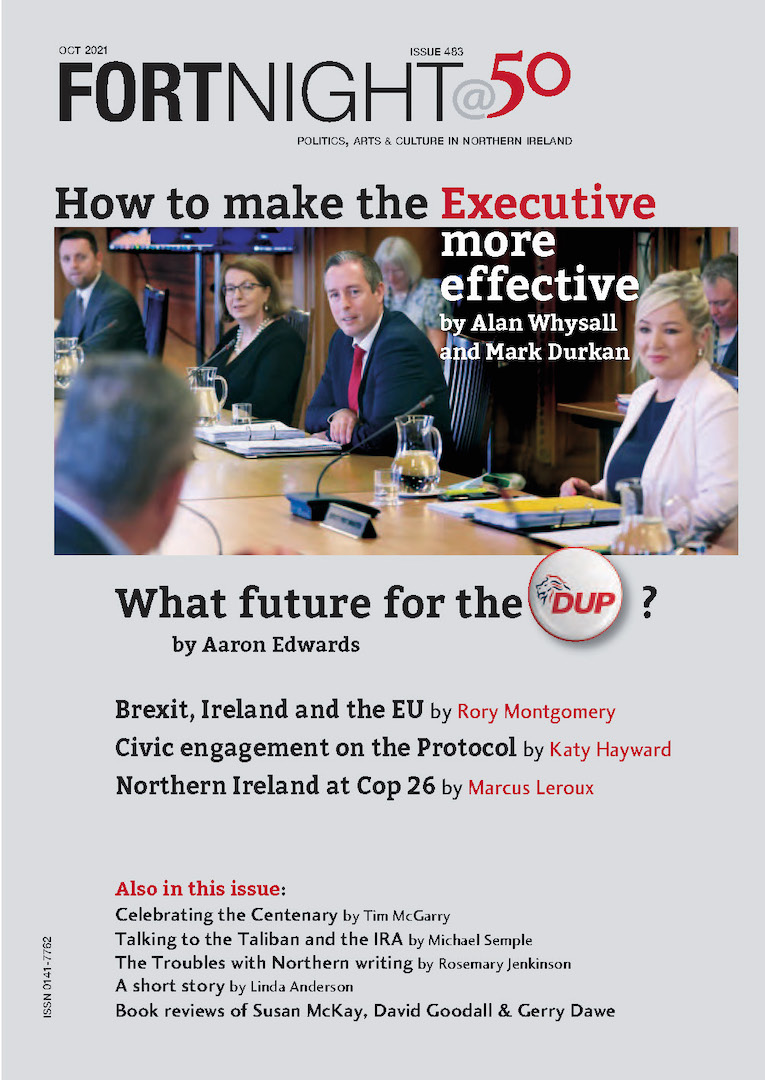 Alan Whysall How can the institutions deliver better? Mark Durkan Escaping the ruts: a renewal review of the Good Friday Agreement Aaron Edwards What future for the DUP? Rory Montgomery Brexit, Ireland and the EU Katy Hayward Civic engagement on the Protocol is a right not an option Giada Lagana The European peacebuilding experience Michael Semple Talking to the Taliban and the IRA: Success and failure