The second new FORTNIGHT@50 will be released in both print and digital versions during January.

The primary focus will be on what needs to be done in both parts of Ireland on climate change, with contributions by John Barry, Clare Bailey, Marcus Patton, James Orr, Paddy Hillyard, Jordan Dunbar & Tom Arnold.

There will also be detailed analysis on the Brexit deal and the political prospects for us all in 2021 by Marcus Leroux, Feargal Cochrane, Katy Hayward, Robin Wilson and Paul Nolan; culture/arts coverage by Malachi Doherty, Anne Devlin and Rosemary Jenkinson; and cartoons from Martyn Turner and Marcus Patton. 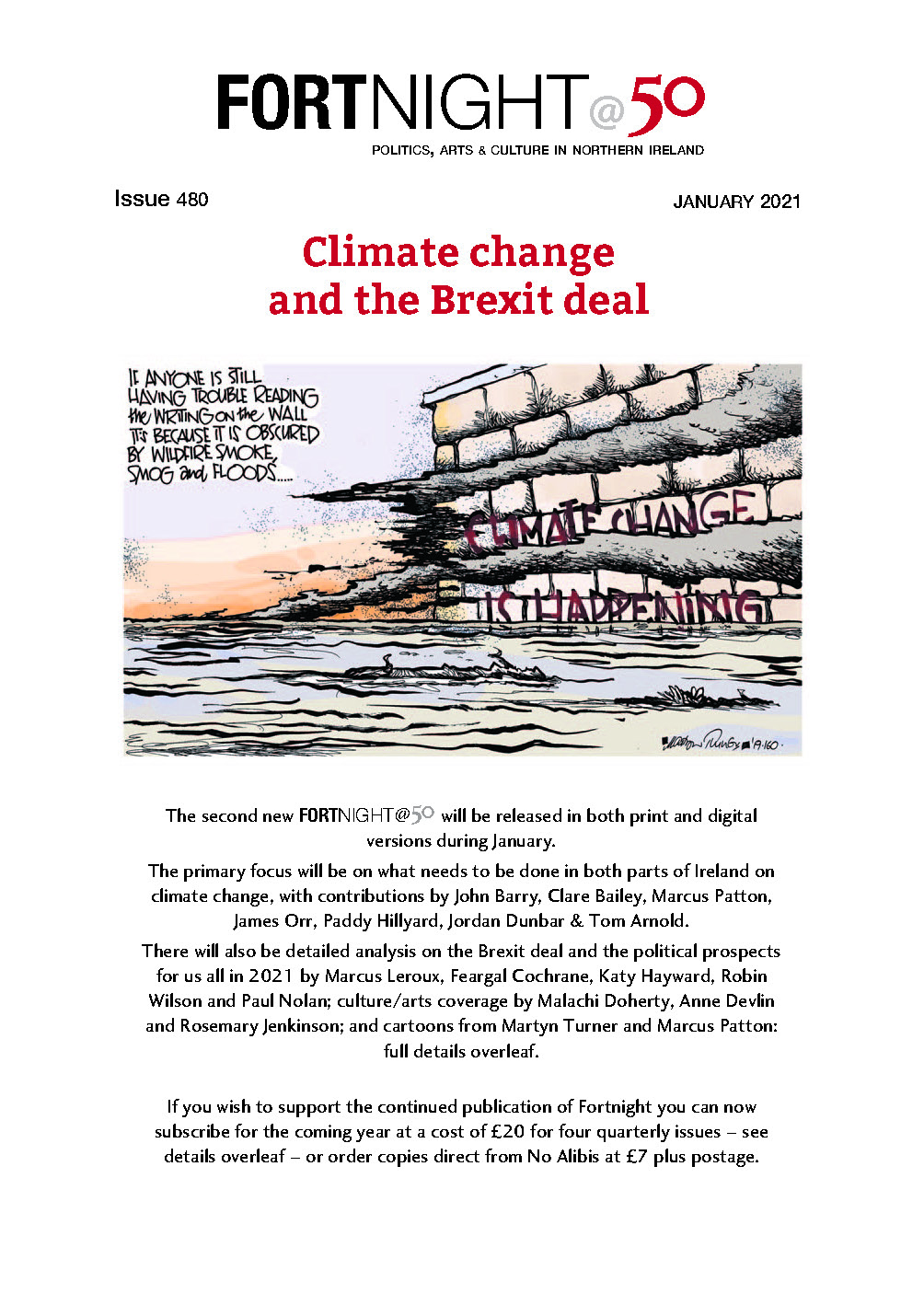 Marcus Leroux Should we believe the opinion polls on unification Marcus Leroux Tabulation on other referenda Paul Nolan Breaking up the UK: A recipe with three ingredients Katy Hayward What the Brexit Protocol deal means for Northern Ireland Feargal Cochrane Biden’s Ireland Robin Wilson The rocky road to Dublin Cian O’Neill Dettol-tinis all round: The London Letter

Malachi O’Doherty Is Ireland a state of mind?

Niall McGrath Three poems Anne Devlin Small gestures and seeing voices: the art of Pina Bausch and the importance of the non-verbal Rosemary Jenkinson How will Coronovirus change Irish literature?